Cannabis stocks have started 2023 very strongly with the cannabis stock index up 9.0% year to year, which is well ahead of the 3.5% increase in the S&P 500. This week’s news will be dominated by earnings reports as several industry titans from a range of sectors are expected to release their financial results.

Below is a review of the companies that dominated the news in the cannabis and psychedelic industries during the past week, along with a preview of the upcoming week.

The largest distributors of convenience stores in the United States, Core-Mark International and Eby-Brown Company, both signed new distribution agreements with 22nd Century Group, Inc. (NASDAQ: XXII), which is a leading biotechnology company that’s committed to  improve health through reduced nicotine tobacco use and cutting-edge plant technologies in hemp/cannabis and hops.

As part of the new collaboration agreement, the store distributors will assist in nationwide distribution of VLN®. According to a press statement from 22nd Century Group, the company’s VLN® solutions are now available for purchase by qualified Core-Mark and Eby-Brown clients as a part of the state and regional rollout program of 22nd Century Group.

In addition, 22nd Century stated that they will participate in 11 regional trade fairs in 2023 that are sponsored by the distributors, giving the company the chance to meet thousands of Core-Mark and Eby-independent Brown’s retail and chain store operators.

John Miller, president of tobacco products for 22nd Century Group, commented on this significant development: “22nd Century’s new partnership agreements with two of the largest, most respected convenience store distributors in the United States make possible the launch of VLN® cigarettes in virtually every key U.S. market we are targeting in our state-by-state, region-by-region roll-out strategy.”

The Scotts Miracle-Gro Company (NYSE: SMG), the top marketer of branded consumer products for indoor and hydroponic growth as well as lawn and garden, stated that its first quarter financial results will be released on February 1, 2023, ahead of the opening of the U.S. stock market. The Company then announced that they would hold a conference call to go through those results at 9:00 a.m. ET.

The stock of Scotts Miracle-Gro has increased by almost 25% since the beginning of the year, making it one of the best performers in the cannabis industry this year. The stock experienced a significant rally on Friday, rising by more than 7%.

With Scotts Miracle-Gro now expected to report earnings for the first quarter of 2023 on February 1, 2023. Analysts are expecting the company to report earnings of $4.4 per share, up from $4.09 per share reported in the same quarter of 2020. The company has seen solid revenue growth over the last few quarters and is expected to continue this trend in the first quarter. Analysts are forecasting revenue to increase 8.7% year-over-year to $2.3 billion.

With the anticipated legalization of cannabis in several states and the expanding acceptance of medical marijuana, the company is expected to benefit from increased demand for outdoor and gardening products. This should help drive higher sales and earnings for the company in 2023.

Tilray Brands, Inc. (NASDAQ: TLRY) released financial results for the second fiscal quarter that concluded on November 30, 2022. Sales decreased 7% from $155 million in 2021 to $144 million in 2022. In addition, revenue decreased from the $153 million it was in the prior quarter. On the positive note, the company did manage to generate $25.4 million in free cash flow and $29.2 million in operating cash flow during the quarter.

Furthermore, according to Tilray CEO, Irwin Simon, if cannabis sales continue to decline, the company may increase its footprint in the alcoholic beverage market or start cultivating fruits and vegetables to make up for a shortfall in the cannabis sales.

Biopharmaceutical company Cybin Inc. (NYSE: CYBN), which focuses on advancing psychedelics to therapeutics, released key findings from a feasibility study that was recently completed by its partner HI, LLC dba Kernel. The study examined Kernel’s Flow® wearable technology to assess the psychedelic effects of ketamine on cerebral cortex hemodynamics. According to the company, the findings of this company-sponsored study will help determine the program’s future pathway.

Cybin, a Canadian biotechnology company, has seen a return of 233.9% in January 2023, strongly outperforming the S&P and other major composite index. The company’s strong performance in January was driven by strong news flow related to its Phase 1 clinical trials of its lead drug candidate CYB003. The company announced positive results from the study, showing that the drug was well tolerated and had a positive effect on reducing symptoms of depression.

The results of the clinical trial have added to the excitement surrounding the company’s drug pipeline and have further solidified the company as one of the leaders in the psychedelic drug space. This positive sentiment has sent the stock soaring as investors have been piling into the stock in expectation of continued success from the company.

Awakn Life Sciences Corp. (NEO: AWKN) (OTC: AWKNF) is a Canadian biotechnology company focused on the development of psychedelic therapeutics, mainly focusing on Ketamine-Assisted Psychotherapy for Alcohol Use Disorder. Awakn experienced a successful year in 2022 thanks to substantial accomplishments in the psychedelic sector.

The company’s strong performance has been driven by Project Kestrel, which is the company’s lead clinical development program. Phase II a/b KARE clinical study of its lead drug candidate results showed that the drug was well tolerated and had a positive effect on the treatment of Alcohol Use Disorder.

Overall, Awakn has had a remarkable run and investors are optimistic about the company’s future prospects. With Phase II clinical trial in the bag, investors are now looking ahead to the Phase III study, which is funded by UK Government agencies. If the results from the Phase 3 trials are equally positive, then the stock could continue to rise.

An ad to help with our costs 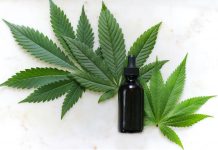 A word from the sponsor
Latest Articles

ABOUT US
Market Exclusive offers the latest financial news and analysis for selected US stocks and securities. We are an investor driven research platform where new investment ideas from a exclusively selected group of seasoned investment analysts and qualified members from various disciplines are able to deliver their investment thesis’ across various industries and sectors. Our burgeoning team is comprised of individuals with strong backgrounds from various disciplines and businesses. Our goal is to provide an exclusive forum for contributors and users to leverage the knowledge base in order to make smarter investing decisions. At Market Exclusive, we believe that quality information from experienced well seasoned contributors provide our members with an edge that allows them to make wise investment choices. Market Exclusive is not a registered investment broker/dealer. The content on this site is for informational purposes only. Additionally, the content on this site does not represent the views of Market Exclusive and is solely a representation of the authors who publish them. Before investing in any security you should do your own due diligence and consult with a registered broker or financial advisor.
Contact us: [email protected]
FOLLOW US
© Market Exclusive 2019
// AST – IMS - [MarketExclusive_ROS]